Are you looking for a friendly and safe vacation surrounded by tropical beaches? Go to New Zealand! The landscape is vibrant, lush, and uncrowded the entire year. Think of breathtaking beaches with next to no tourists. New Zealand seasons are opposite to North American seasons. So when it is winter here, you can enjoy their summer.  I travelled in February for two weeks but it was definitely not enough time.  The temperature was a comfortable 23-25C. There is so much to explore and do that if time was not a concern, I would recommend 4-5 weeks on the North Island.

The photo below was taken at Matapouri Beach.  You can walk from Matapouri beach to Whale Bay where you will see turquoise water and lots of subtropical fish in a beautiful secluded bay.

No bugs, no snakes, no reptiles, no spiders, nor critters to bite. When the continents divided, New Zealand wound up with the birds who think they own the place. On Tiritiri Matangi Island, (accessible by ferry from Auckland), the birds know no predators. They walk up to greet you. They do have many birds such as the shy Kiwi. It is a bird watchers paradise! 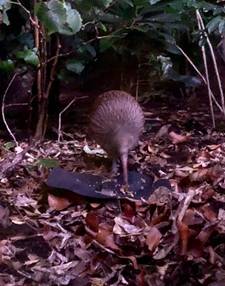 The beaches are surrounded by meticulously groomed trails perfect for hiking. The water is warm and clean. Don’t be surprised if a dolphin swims beside you! The fish are plentiful and colorful.  The dolphins are seen everywhere among the island surrounding the North Island.  When we took the ferry to TiritiriMatagani Island, we saw them swimming alongside the ferry.  There is also a large population of dolphins in Tutukaka on the way to Poor Knight’s Islands which is one of the top 10 best dive sites in the world. 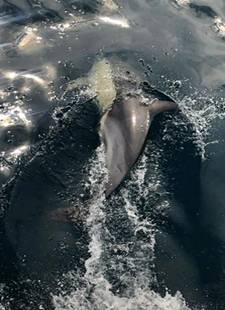 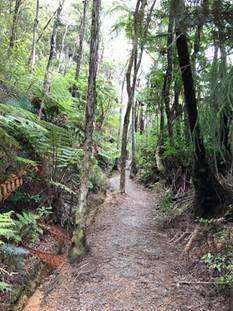 Much of the food in NZ is organic and fresh. The avocados are large and meaty. While food is expensive, it is plentiful. The seafood is fresh! Try the large green lipped mussels or the paua fish and of course, the snapper.

The culture in NZ is primarily western but is influenced by the indigenous Maori people. New Zealanders are typically called Kiwis and they are proud to be associated with that civilized, shy bird. The official languages are English and Maori. Most of the islanders speak English and all people are familiar with Maori phrases.

Travelling to the north island of New Zealand is simple. You can fly directly from Vancouver to Auckland overnight. Uber is available and reasonable in cost. If you plan to drive, remember they use the left side of the road!  You will not be bored in this spectacular area of the world and will enjoy a well-paced, peaceful, relaxing yet energetic vacation.