That spooky time of year is just around the corner again! No, I’m not talking about tax time, but the OTHER really scary time of the year! That’s right. Halloween! When it comes to frightening fare, it seems that most people are divided into two camps: ones that love being scared and ones that don’t. I’m definitely in the first camp–you know, the kind who loves watching The Exorcist or The Shining alone, in the dark, whilst staying in a cabin in the woods. If you’re anything like me, you’ve probably thought about traveling to some of the world’s most haunted places. If so, read on!

The following blog is not for those in the second camp (the faint of heart). If you don’t like being scared, do not enjoy haunted houses, and have to leave the room when a movie trailer for a horror movie comes on, you’ll want to stop reading now! Ok, now that ‘camp two’ has left, let’s have some spooky fun!

This house is considered one of the most haunted houses in America! Purchased by Sarah Winchester, wife of gun magnate William Winchester, in the late 1800’s, the house soon began to become the focus of Sarah’s obsession. There are many different versions of the story, but the most common one is that Sarah, feeling overwhelmed with guilt over the fact that her family’s repeating rifles were responsible for mass death during the civil war, believed that she was haunted by the spirits of those who were killed. Her spiritual adviser instructed her that to appease and/or confuse theses ghosts, she needed to keep adding rooms to the home non-stop–literally. The labyrinthine house was meant to confuse the ghosts so that Sarah could escape or avoid them.  So up until the moment she died, she employed a construction crew, responsible for the continued and constant building–seven days a week, twenty-four hours a day. 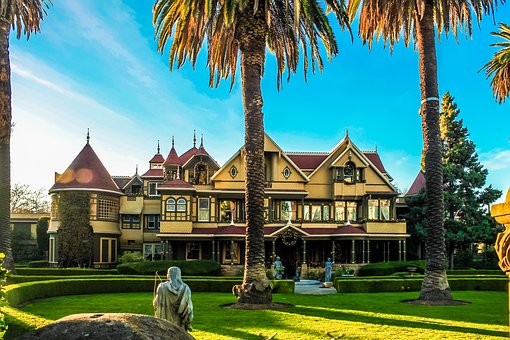 Today you can visit the home, located at 525 South Winchester Boulevard in San Jose, California and check out 110 of the 160+ rooms! The house even holds special tours on Halloween and Friday the 13th! Many visitors have reported seeing apparitions or hearing strange noises while touring the house!  I know this one is high on my haunted house travel list.

Moving from the west coast to the east coast, the Eastern State Penitentiary is considered by many to be one of the best haunted attractions in America. Built in the mid-1800’s, it’s gothic architecture, 30-foot-high walls and decrepit state, makes for a terrifying tour at night! Since the 1940’s, many people have reported seeing or hearing ghosts and have claimed that the penitentiary is haunted. It’s a very popular attraction for haunted house tourism, and they offer tours throughout the year. Check out their website: http://www.easternstate.org/halloween/

This is not your grandmother’s type of cruise ship! This luxury ocean liner was bought by the city of Long Beach in 1967 and turned into a hotel. Now it’s become a popular tourist attraction because of its reputation for being haunted! Today, you can take a tour of the ship and learn all about the purported paranormal activity. People have reported seeing the ghost of a sailor who allegedly died in the ships engine room. There have also been sightings of  a “lady in white” and, more unsettling spotting of the ghosts of children who drowned in the ships pool. That’s one creepy cruise! 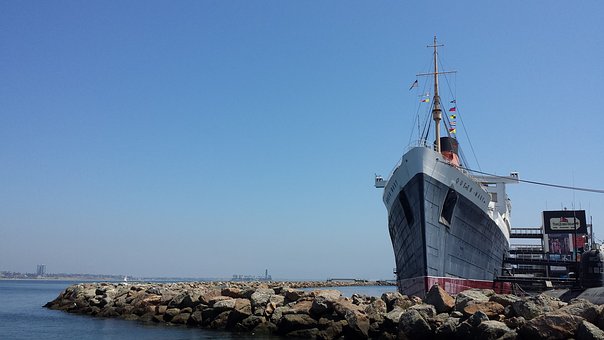 It’s no surprise that a 900-year-old castle in Scotland is haunted! This particular edifice is considered to be one of the most haunted in the country. Perhaps that’s because, historically, it was a military fortress where executions, and attacks were relatively commonplace, as well as witch burnings. Guests have reported seeing many ghostly apparitions wandering the grounds and now it’s been repurposed as a tourist attraction for those who have a penchant for the paranormal! 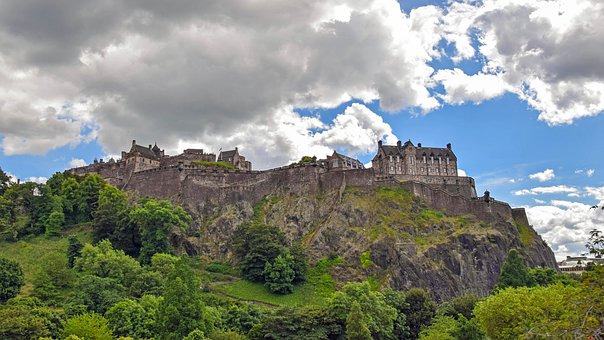 The Castle of Good Hope

Build in the 17th century by the Dutch East India Company, this castle is South Africa’s oldest colonial building. It was originally built to be a replenishment station for ships passing the Cape, but it has a long and bloody history! Witness to executions, curses and murders, the first paranormal activity was reported in 1915. A woman known as “Lady in Gray” is often seen running through the castle’s halls crying—yikes! Bells that seem to ring by themselves and the ghost of a black dog that appears to pounce on visitors only to disappear have also been reported.  This castle is definitely a must-visit for haunted house tourists! 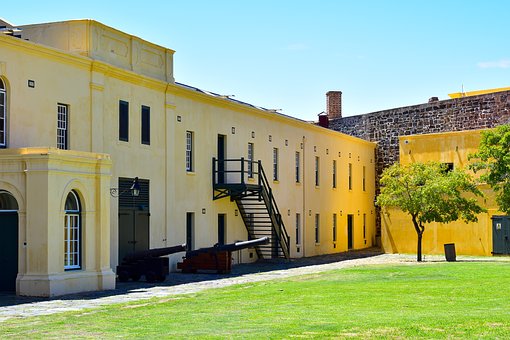 Wherever you decide to travel, please remember that a pre-travel consultation will make every trip far less spooky! Give us a call or email to book your appointment! Happy Halloween!

Great Destinations. Fewer Tourists An Update on the Shingrix Vaccine